Search
Himalayan Salt Lamp Benefits
09/01/2015
The Pollution at Home and Work (Positive Ions) In even the cleanest home or office, the air contains microscopic particles such as dust, pollen, bacteria, pet dander, and contaminant from household products, vehicle exhaust and industrial pollutants. Many of these particles in the air we breathe everyday can contribute to irritate the linings of our nose, sinus and lungs leading to congestion and respiratory difficulty. Most types of contaminating microscopic particles in our air have a positive charge. An over abundance of positive ions creates less oxygen that often gives rise to respiratory and allergic problems. Can this problem be solved by using salt lamps or what are the Himalayan Salt Lamps benefits?
Health benefits of Negative Ions for Healing and The Immune system
11/09/2016
Negative ions may also boost the immune system and help the body heal itself. In 1959, a researcher named Dr.Igho H.Kornblueh treated 138 burn victims at the Northeastern General Hospital with negatively charged air. What he found was that almost 60% of the burn victims experienced a significant reduction in pain and discomfort, while at the same time healed faster and more thoroughly.
Benefits of Negative Ions for Weight Loss
10/20/2016
There are many detoxification diets (more often called “detox diets”) that claim to help cleanse your body and rid it of any impurities that may have accumulated over time. But what good is a cleaner body if the mind remains unchanged? Bad habits will resume, lifestyle changes will be temporary, and the diet will become just another failed attempt at getting and staying healthy, akin to the notoriously difficult New Year’s resolution of losing weight. However, there are some proven ways that you can take and later we will see the Benefits of Negative Ions for Weight Loss.
Himalayan Salt Lamps Wholesale Information
04/07/2016
We would like to share with you some important information about Why ordering Himalayan Salt Lamps Wholesale from our Company is a better value for you.
Himalayan Salt Lamp for Spells
03/30/2016
First of all, you should be aware that most spells do not come from magical practices. On the contrary, we are more often confronted with self-induced spells, or sometimes telepathic ones, than with spells deriving from hate-oriented magic. Self-induced spells are cast when we stigmatize a failure and focus on it so much that we end up making it inescapable; a new causality gets put in place inadvertently. In other words, a moment arrives where even if we had a conscious will to succeed, our subconscious would have such control over us that we would condemn ourselves to fail. To strengthen the spells, we could always use Himalayan Salt Lamp. We will see how we can do that later in this writing.
Himalayan Salt Lamp used in Crystal programming and Dowsing
03/23/2016
Crystal programming is a way of asking a crystal to clarify and amplify your intentions as you work with it. There are many methods for achieving this “programming,” which is actually more like making a contract than imposing your will on the stone. However, numerous experiments done with specialists in the field have proved that any such programming is achieved more quickly, and with longer-lasting results, when you do it with your hand outstretched above Himalayan Salt Lamp.
How to use Himalayan Salt Lamps for Spiritualism
03/07/2016
The practice of invoking the dead has been around for countless centuries. Since this occult art requires an open passage between two realms of existence, it can leave the practitioner and all those present vulnerable to many energies that are not necessarily beneficial. A spiritualist medium could in fact find herself confronted by powers for which her will alone is insufficient to assure absolute control, or she might be visited by spirits that she had not consciously called upon. So, how can Himalayan Salt Lamps help?
The Benefits of Himalayan Salt Lamps in Meditation
02/27/2016
There are many different kinds of meditation, but all of them are enhanced by the use of Himalayan Salt Lamps.
Himalayan Salt Lamps as Contact Objects in paranormal work
02/23/2016
In pursuing any kind of paranormal work, we sometimes have a need to return very quickly to our everyday world, to make a break between two levels of reality that are fundamentally different in their essence. This may happen if we find ourselves confronted with negative forces that we are unable to control successfully, or simply of we are tired or feel hurried. From a state close to sleepwalking, it is not easy to make this return trip without side effects, which can include persistent feelings of unreality, depression, rapid heartbeat, and temporary but unpleasant hypo- or hyperthermia, among other things. However, Himalayan Salt Lamps as contact objects can reduce those feelings.
Himalayan Salt Lamps and the connection with Chakras in human body
02/18/2016
Himalayan Salt Lamps are closely connected to three major chakras: Svadhisthana (sexuality/sel-control), Manipura (will/ power), and especially Muladhara (energy/ vitality), the root of chakra. 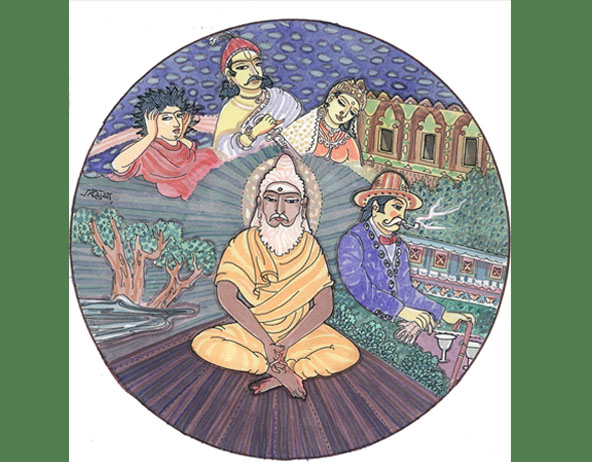 Himalayan Salt Lamps and Experiencing Reincarnation
02/09/2016
Regression into past lives can help us to understand and resolve persistent patterns of behavior and thought. One technique for achieving such regression is known as “rebirthing”. Rebirthing experiences can be quite powerful, and also quite dramatic; they are not necessary easy or innocuous. Instead, they can be quite complicated and can bring up unexpected physical reactions. I should point out that one of the methods often used to accomplish such a journey into the core requires us to over-oxygenate our bodies, which is not necessarily risk-free. It is advisable to this under the direction of an experienced practitioner who is used to dealing with the kinds of phenomena that occur during rebirthing sessions. Some of those said persons use Himalayan Salt Lamps for higher result.
Himalayan Salt Lamps and their Magic Power
01/28/2016
Magic in modern times has become synonymous with superstition and is considered impossible and false. Yet we forget that the word magic has the same origin as major and once referred to something basic, essential, and vital. Magic was the Major Art, because it included all the others. (Witchcraft, a type of magic, was simply the discipline of casting spells.) But just because the word and the concept are out of fashion doesn’t mean that the phenomena do not exist in concrete reality. We will see how Himalayan Salt Lamps relate to magic power in this article.
Himalayan Salt Lamps- Clairvoyance
01/19/2016
Himalayan Salt Lamps have a very long history dated back to 250 million years ago. Thus, it is not strange that they possess some special energy. We will see how they help with clairvoyance.
SIZE CHART OF HIMALAYAN SALT LAMPS AND GUIDES TO CHOOSE THE RIGHT ONE
12/11/2015
We all know how Himalayan Salt Lamps can benefit us and we need to install a lamp in every one of the rooms in your home. Choose different sizes and shades so that each one of them can find its place. As a general rule, the relative size your lamp in a given space should be proportional to the time you spend in that room.
HOW HIMALAYAN SALT LAMPS WORK IN THE HOUSE
12/10/2015
Himalayan Salt Lamps can stay lit for several hours. The negative ions they generate will in many ways counter the electro-magnetic field they create. Moreover, the lamps will not get hot enough to burn you when you touch them, even after remaining lit for a relatively long period of time. Instead, they will give off gentle warmth and a fragrance midway between iodine and Jerusalem incense. It is a particularly pleasant smell that will excite your senses. We will see how they work in each area in your house.
Benefits of Negative Ions for Pain
04/07/2017
Neurotransmitters are chemicals that relay signals between cells in the body, facilitating the communication of information throughout the brain and body. Serotonin, or 5-hydroxytryptamine (5-HT), is a neurotransmitter found mainly in the gastrointestinal tract, blood platelets, and central nervous system. Most of the body serotonin is used to help keep the digestive system running properly, while the remainder takes part in regulating a wide variety of feelings, overall mood, appetite, and sleep. We will see what Benefits of Negative Ions are for the Pain.
Showing 1 to 16 of 16 (1 Pages)
News Categories
News Latest
Tips for Cooking With Himalayan Gourmet Salt
2019-09-20 10:30:15
DIY Himalayan Salt Bath Bombs
2019-09-09 10:33:45
Benefits of Black Gourmet Himalayan Salt
2019-08-21 11:48:38
You Still Don’t Own a Himalayan Salt Lamp!?!
2019-07-29 14:07:27
Are Horse Salt Licks Needed?
2019-07-22 15:29:04
Search